Will Europe have enough gas and who will have access to it by the winter?

With gas having become a scarce recourse, the European Commission has fast tracked the gas storage regulation, setting ambitious targets of EU Member States. The European Commission has launched an enquiry to EU associations on their industry's gas needs and reasons for prioritisation. It goes without saying that the fertilizer industry plays a crucial role in food security, feeding half of the global population, thus, it is one of the key sectors which requires prioritisation.

On 14 June, Gazprom announced technical repairs on the Nordstream 1 pipeline, causing a decrease from 167 mcm to 67 mcm in the daily gas supply to Germany. The announcement created immediate havoc in the energy market with new price spikes, which had been stabilising since the peak of 7 March 2022. Germany’s economy minister and vice-chancellor accused Gazprom for cutting the gas purposely, with the intent of driving prices higher.

The unexpected gas cut off alarmed EU officials on the potential absence of Russian gas for the wintertime and urged policy makers to fast track the compulsory gas storage regulation in an unprecedented way. On 23 June, the gas regulation was approved by the European Parliament and on 28 June by the European Council.

The gas regulation aims at having Member States filling their storages by 80% until November 2022, with a strong encouragement for reaching 85%. For forthcoming years the filling requirement will be of 90%, until 2025. Member States can decide on who will be paying for the filling and state aid is allowed.

The European Commission insisted on creating a gas storage regulation not only to ensure security of supply, but also to prevent new price spikes for next winter. One of the reasons why gas prices started to increase dramatically since October last year was precisely because storages were very low in comparison to previous years.

The storage regulation foresees that another entity will take over if the entity responsible for the storage filling is not meeting the filling targets, and that there will be solidarity among Member States. However, how that will be done in practical terms is not clear. 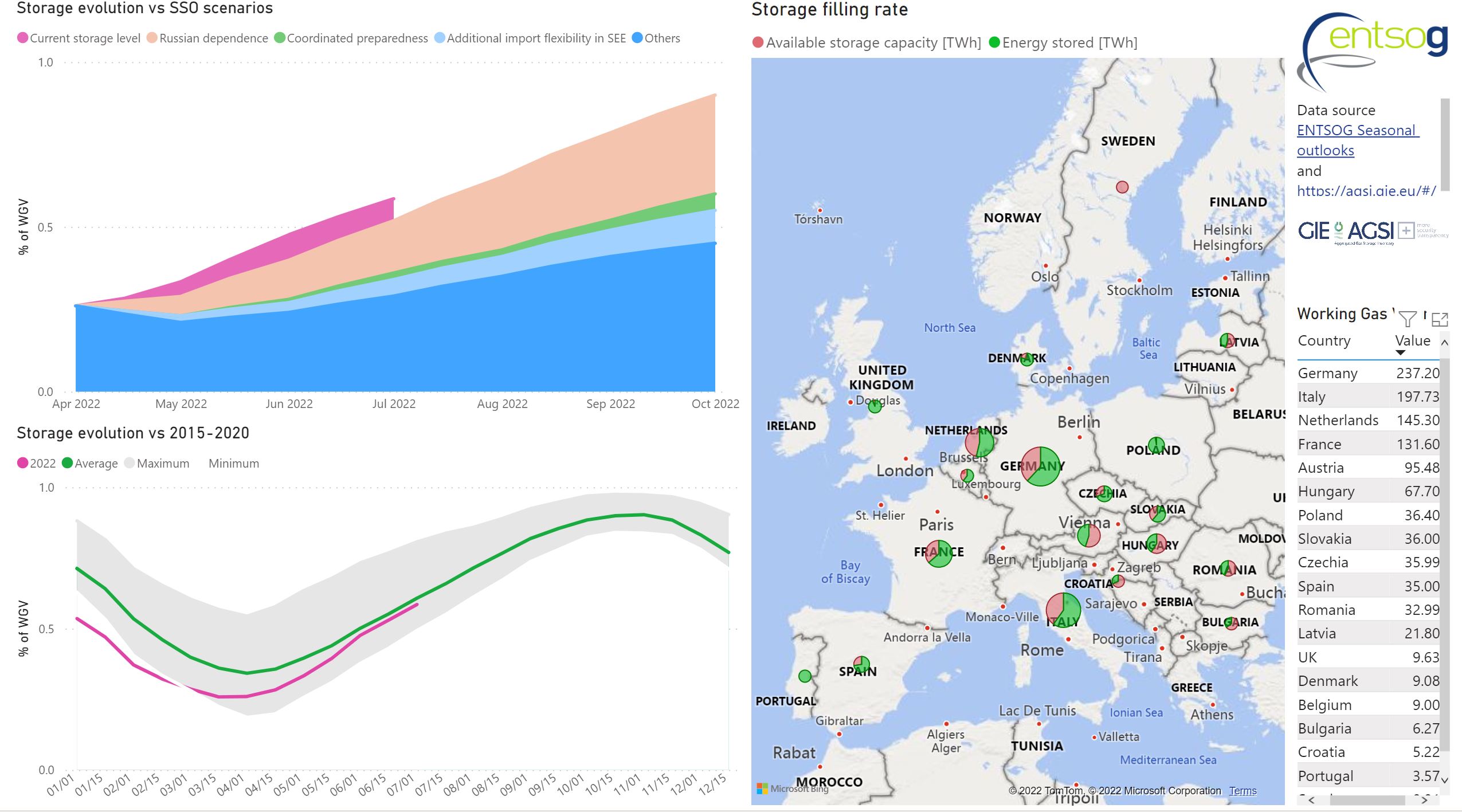 The high gas prices have already obliged some Member States, such as Germany and the Netherlands, to turn to coal for energy supply. The sudden European purchasing of LNG is also putting pressure on LNG shipping to Asia, forcing many countries to turn to coal to circumvent higher LNG prices. In this way, the pressure on the energy market is not only the source of spiralling inflation worldwide but it is also incentivising more polluting trends at a
larger scale.

Who will have access to the suddenly scarce recourse?

The European Commission is currently asking the population to voluntary adopt preventive measures, such as turning down the AC and heating temperatures by 2C. It is not excluded that such voluntary requests may be followed by others of a more compulsory nature in the future.

Another important aspect is the establishment of priority on access to gas in case of a shortage. Households and other public infrastructure such as hospitals usually take priority in case of rationing. The European Commission has launched an enquiry to EU associations on their industry's gas needs and reasons for prioritisation.

Fertilizers Europe has filled the enquiry, highlighting the role of the EU fertilizer industry in food security. To present date, no official prioritisation scheme has been put forward. It will be a responsibility of the European Commission deciding who will have access to gas in case of rationing.