Forecast of food farming and fertilizer use in the European Union

Fertilizer Europe publishes each year the forecast of food farming and fertilizer use in the European Union. The publication has been independently recognized as one of the most trusted inputs into the development of agricultural policy in Europe.

The publication gives an excellent overview of the expected changes in arable farming, cropping patterns and fertilizer consumption in the European Union and its Member States for the coming 10 years. 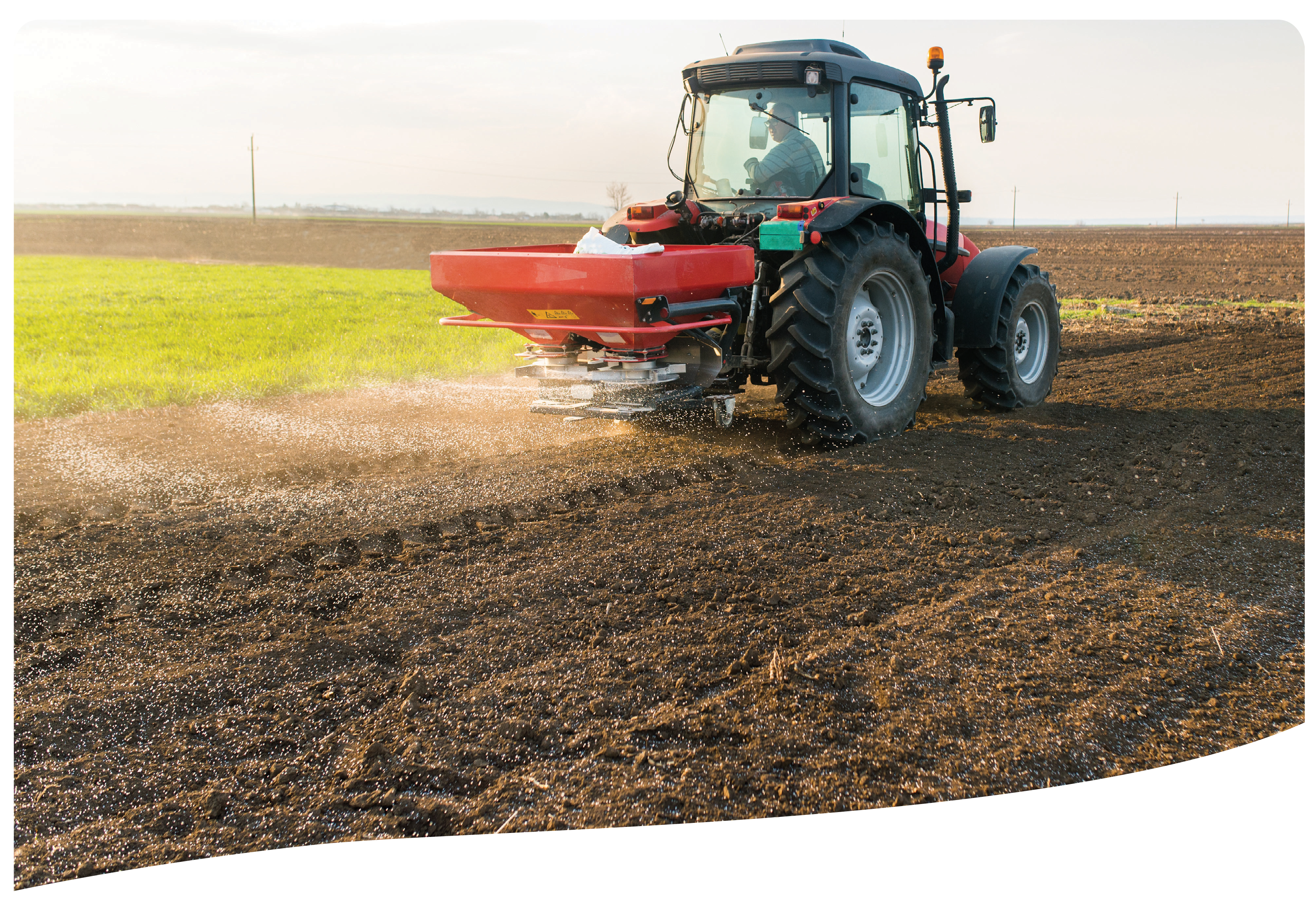 After several years of recovery, annual fertilizer consumption over the next 10 years is foreseen to decrease. Nitrogen suffers from the steepest downturn. For phosphate the forecast now predicts, after some years of recovery, a downturn as well, even though more moderate compared to nitrogen. For potash, a slight increase of the consumption is forecasted. Nevertheless, phosphate and potash consumption will continue to remain below the levels recorded prior to the 2008 economic downturn. This is partly linked to a deterioration of agricultural prices.

In recent years, a more challenging climate situation seems to have a growing negative influence on yield expectations. In addition, the tightening of the environmental  regulatory framework limits productivity growth. The ban of one single input factors often drags down the use of the other input factors as well. The political priorities of the European Union and of several European countries are challenging EU’s farming sector as a whole and fertilizer use by farmers as well. 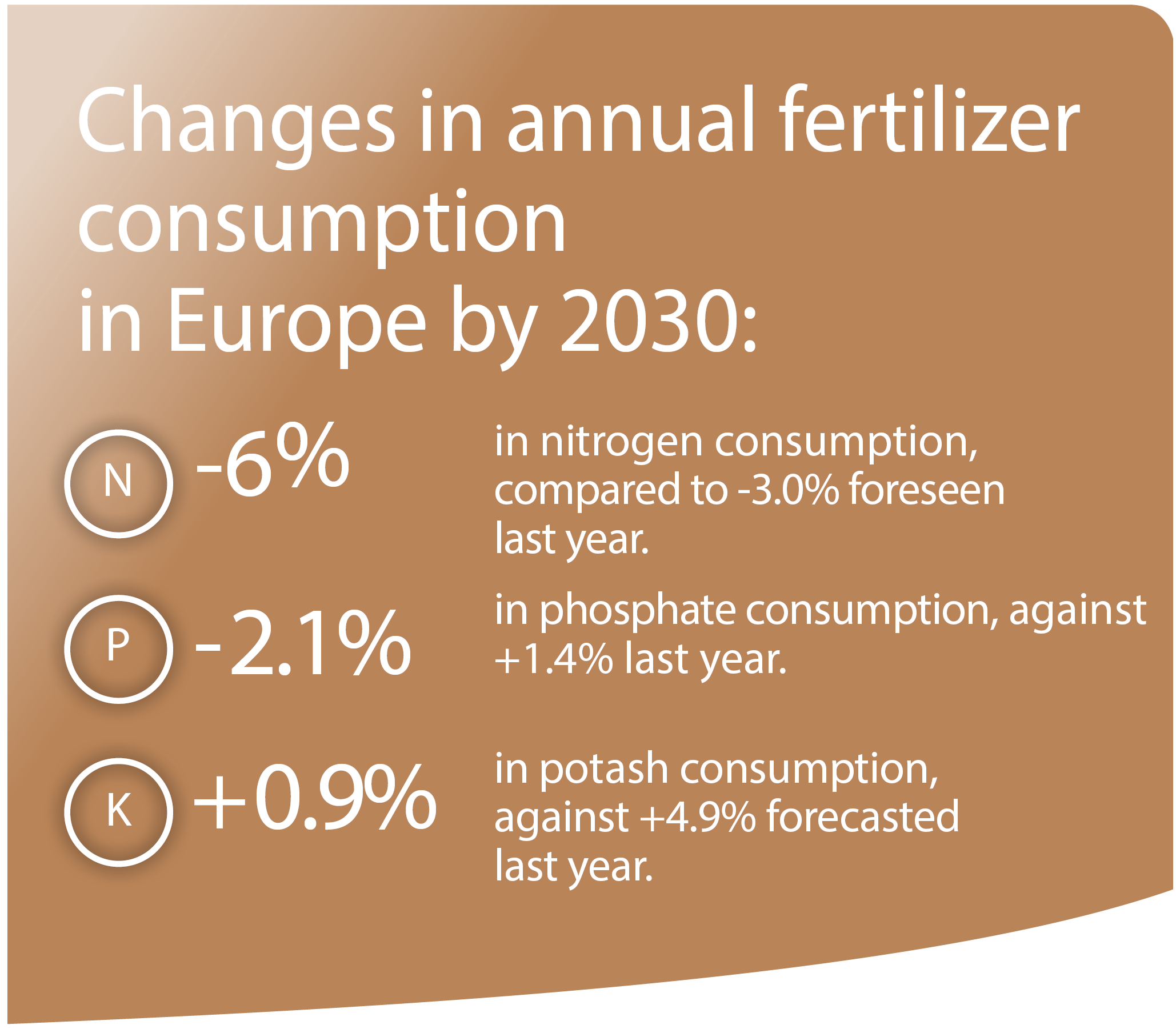 Agricultural land use in the European Union

The fertilized area in countries of the European Union comprises 137.7 million hectares. A further 44.9 million farmable hectares are not fertilized, of which 35.1 million are unfertilized grassland and 9.8 million idle or set-aside land.

The anticipated cropping pattern in the European Union over the next 10 years sees a decrease (-2%) in the agricultural area dedicated to cereals. This decrease, however, is partially compensated by an overall increase in crop yield of 1%. Compared to last year, the two trends remain similar. The decreases in area for oilseed rape (-7%) and cereals (-2%) are compensated by increases in yield (+6%, and +1% respectively). The area for sugarbeet is again foreseen to drop (-5%) with stability in yield (0%). The biggest drop is foreseen for potato where the area is forecasted to decrease by -4%, with an expected smaller yield of -6%. 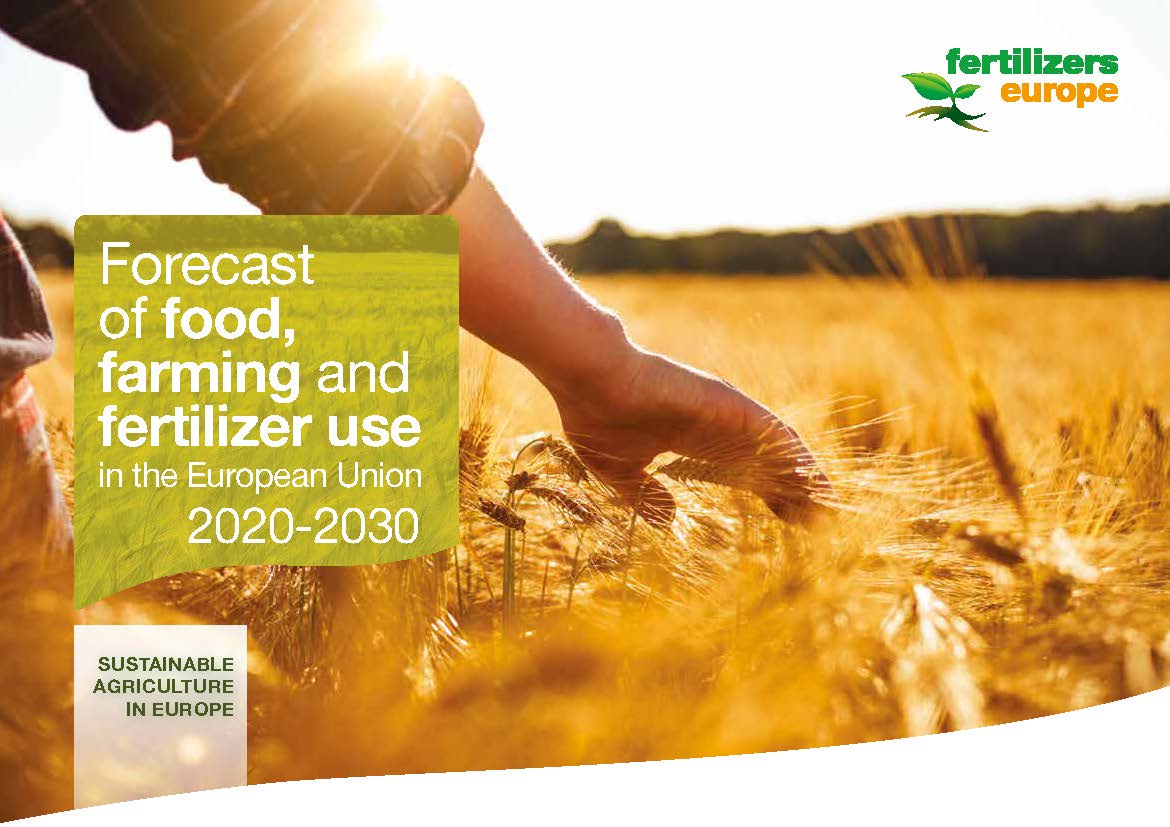