Forecast of food farming and fertilizers use in the European Union

Fertilizer Europe publishes each year the forecast of food farming and fertilizer use in the European Union. The publication has been independently recognized as one of the most trusted inputs into the development of agricultural policy in Europe. 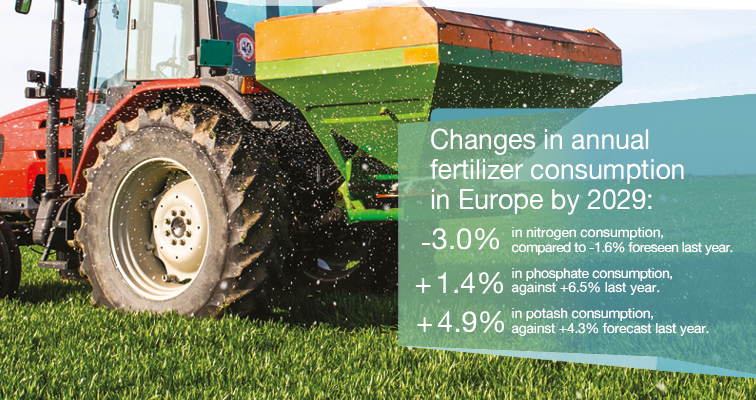 Fertilizers consumption in the European Union

After several years of recovery, annual fertilizer consumption over the next 10 years of nitrogen is foreseen to decrease for the third consecutive year. For phosphate and potash, an increase of
the consumption is forecasted but consumption will continue to remain below the levels recorded immediately prior to the 2008/2009 economic downturn. This is partly linked to a significant
deterioration of the agricultural price environment and partly due to the terms of trade for global agriculture observed in the recent years. In addition, the current European regulatory context increasingly puts more emphasis on environmental issues. Being water quality, climate change, or air quality, all these political priorities of several European countries and the European Union are challenging EU’s farming sector as a whole and fertilizer use by farmers as well.

Agricultural land use in the European Union 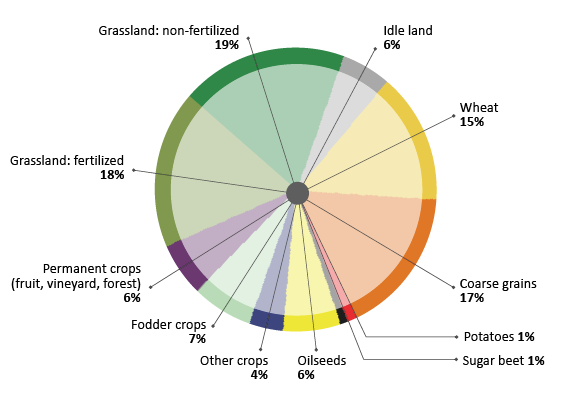 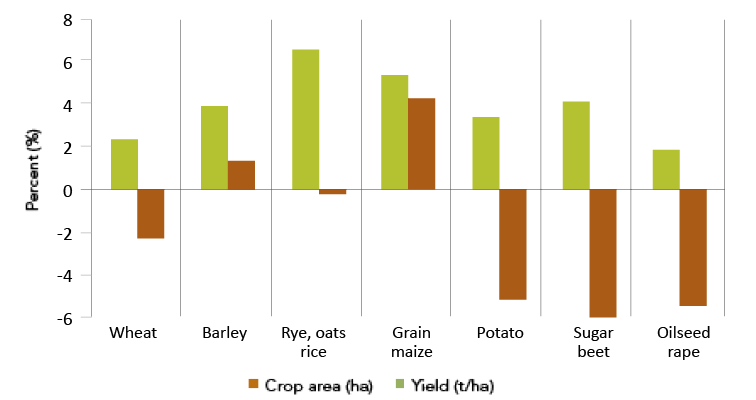 The anticipated cropping pattern in the European Union over the next 10 years sees a decrease (-1%) in the agricultural area devoted to cereals. This decrease, however, is compensated by an overall increase in crop yield of 4%.
Compared to last year, all trends remain similar. The decreases in area for oilseed rape (-6%), potato (-5%) and cereals (-1%) are compensated by increases in yield (+2%, +3% and +4% respectively).
The biggest change is again foreseen for sugar beet where the area is forecasted to decrease by 6%, with an expected 4% increases in yield. 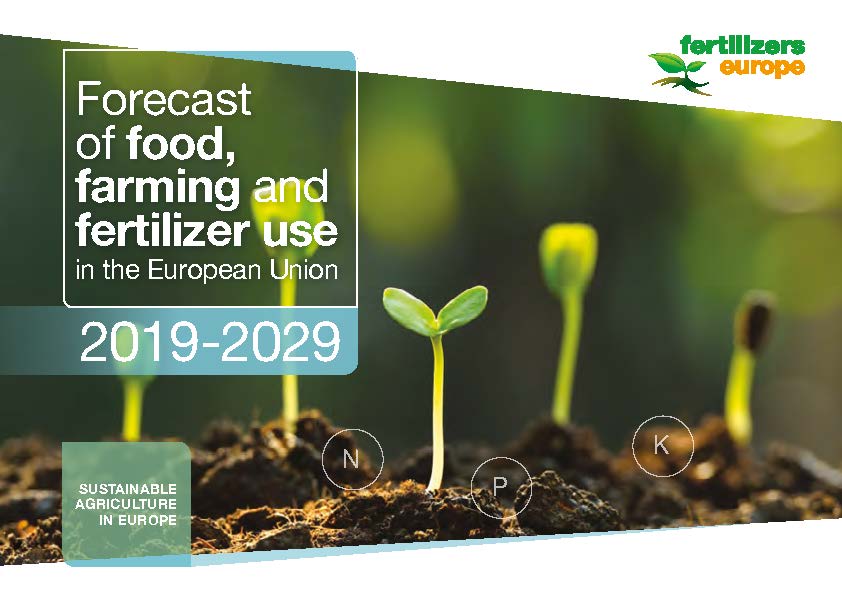